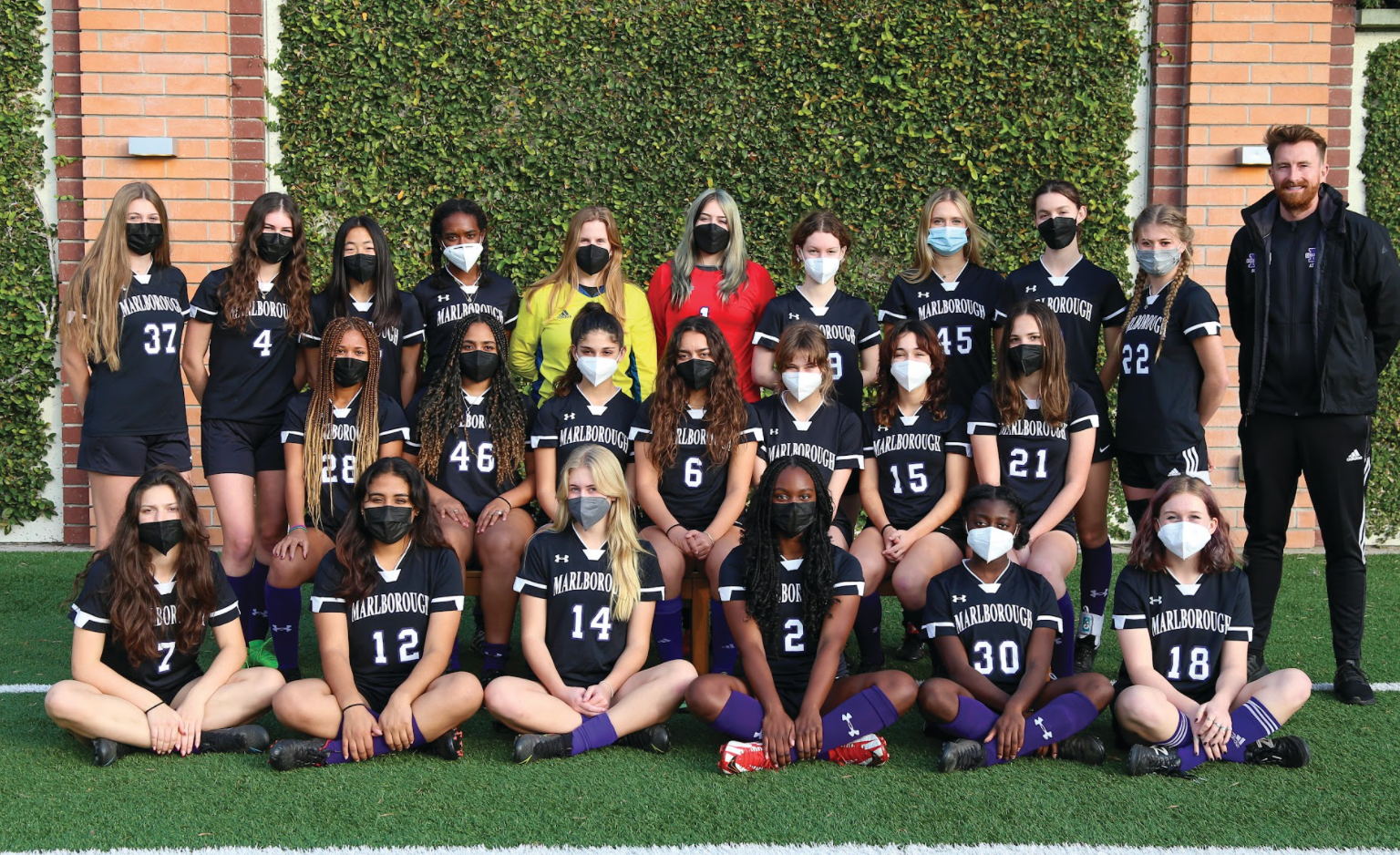 On the ball: Varsity soccer

The Marlborough Varsity Soccer team kicked off the league season with a 5-2 win against Louisville High School. The win boosted team morale, and the team said the increase in confidence positively impacted their mentality.

“The competitive energy of the team is at a high and we have a great level of skill and ability this year,” captain Esmé ‘23 said. “We’ve been playing very cohesively and with a lot of grit, which I think has been making everyone feel better going into games and practices.”

Similarly, Eloise ’25, who joined the varsity team this year, talked about the team’s optimistic mindset and the improved team culture due to the increase in team bonding activities such as walks to Larchmont, team dinners and goal celebrations.

“I do think it helps us because when you hang out with people you play with, you’re better at communicating in game,” Eloise ’25 said.

The team has started some pre-game traditions, which help them get in the headspace for a game.

“This year, especially compared to past years, the team is significantly closer,” Esmé ’23 said. “Our team bonding is pretty natural.”

In particular, the captains spoke of the team’s dance party tradition, during which they blast music and dance to it in the bathroom right before a game.

“It just makes our energy really high, and we all have fun,” captain Ashley ’22 said. “Generally, there’s a lot of camaraderie, and I think that’s what’s making us win this year.”

Coach Carl Dickson complimented the team culture and said he was happy about the overall effort.

“The energy within the team has been fantastic,” Dickson said.

Despite successful team bonding, on Jan. 18, the team faced their first loss of the season against Marymount High School. Eloise ’25 said the loss was frustrating.

“We lost 0-1 and Marymount is kind of our big rival, so everyone was really disappointed and pretty angry that we lost,” Shin said.

Coming off their loss, the team is determined to work harder.

“We’re going to have one more game with Marymount and we’re going to train a lot harder now that we lost to them once,” Eloise ’25 said. “We don’t want to do it again.”