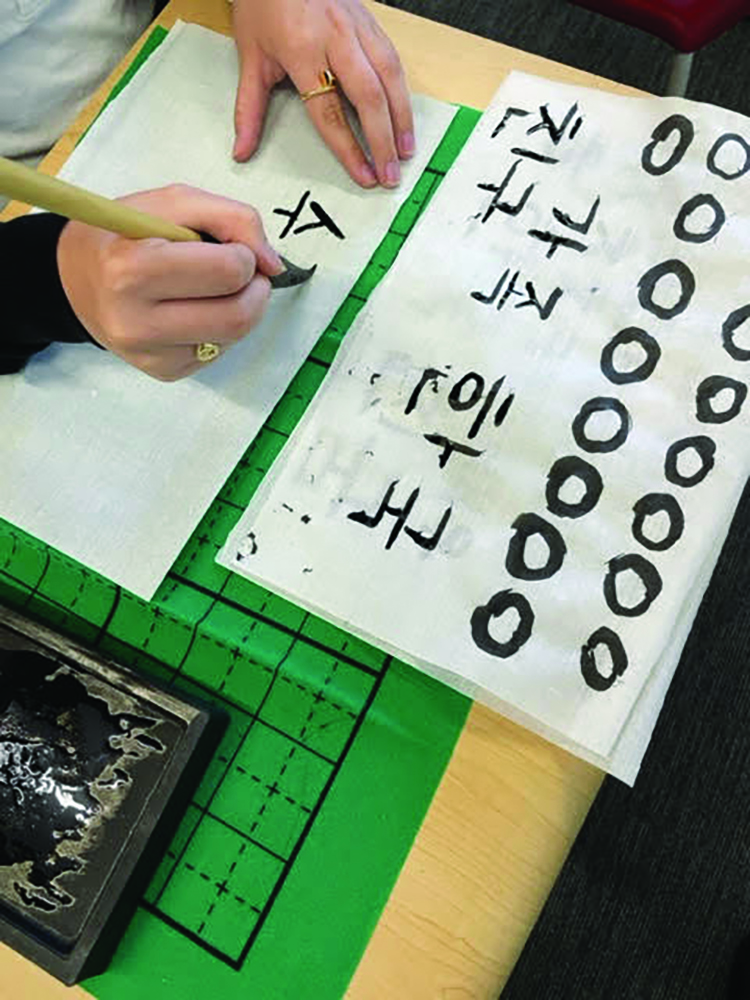 Marlborough’s Korean language program received a grant in October of 2020 in order to expand the elective, which is being implemented this school year. Mira ‘21, the founder of the Korean affinity club SEOUL, was the driving force behind the Korean elective. She increased interest in Korean culture at Marlborough with her club and approached the Foundation for Korean Language and Culture in Los Angeles in order to receive the grant.
According to Korean language instructor Yooju Mangione, the grant will be given over the course of three years to help support the development of the Korean elective. Using these funds, the Korean elective will be able to buy supplies and textbooks, provide calligraphy materials and host events celebrating Korean culture.
“When you first start out on programming you need a lot of materials like books or in my case, calligraphy supplies. In the future we will use the grant to fund different activities and events, hosted by myself or SEOUL, or community events,” Mangione said.
Currently, students in the Korean elective at Marlborough only receive a half credit as it does not fulfill the language course requirement, so students who choose to take the elective are also required to take another language course.
“We need more Korean language and culture representation in academia and the Los Angeles community. Having lived in the US since middle school, I always felt that Korea was always underrepresented,” Mangione said.
In order for the Korean course to become a fully credited language course, Mangione believes that the course must gain more visibility and interest in the Marlborough community.
“Even this year, I had some students telling me that their friends didn’t even know there was a Korean class. When we started the elective, it was the middle of the pandemic, so it was tough to get the word out and get people to attend SEOUL events,” Mangione said.
SEOUL leaders and the Korean program have been actively engaging their peers in Korean culture with events like the Bojagi (a traditional Korean wrapping technique) workshop in the CEI, and a field day with Loyola’s Korean affinity group. For the upcoming Lunar New Year, the Chinese language department plans to collaborate with the Korean department to create an activity that brings together the Marlborough community.
According to Mangione, Marlborough is one of the first private schools in Los Angeles to develop a Korean language course.
“As this language is not typically offered in many standard curriculums, I feel so lucky to be able to explore both the Korean culture and language,” Ava ‘23 said.
Mangione hopes to see the Korean elective become a fully credited course by the 2023-2024 school year, after solidifying the curriculum and growing enrollment.
“When Korean becomes an accredited language course, it will be all the more meaningful that this was a student-initiated and student-driven effort, truly highlighting Marlborough’s core values of cultivating purpose,” Mangione said.

Published in News, Online and Print