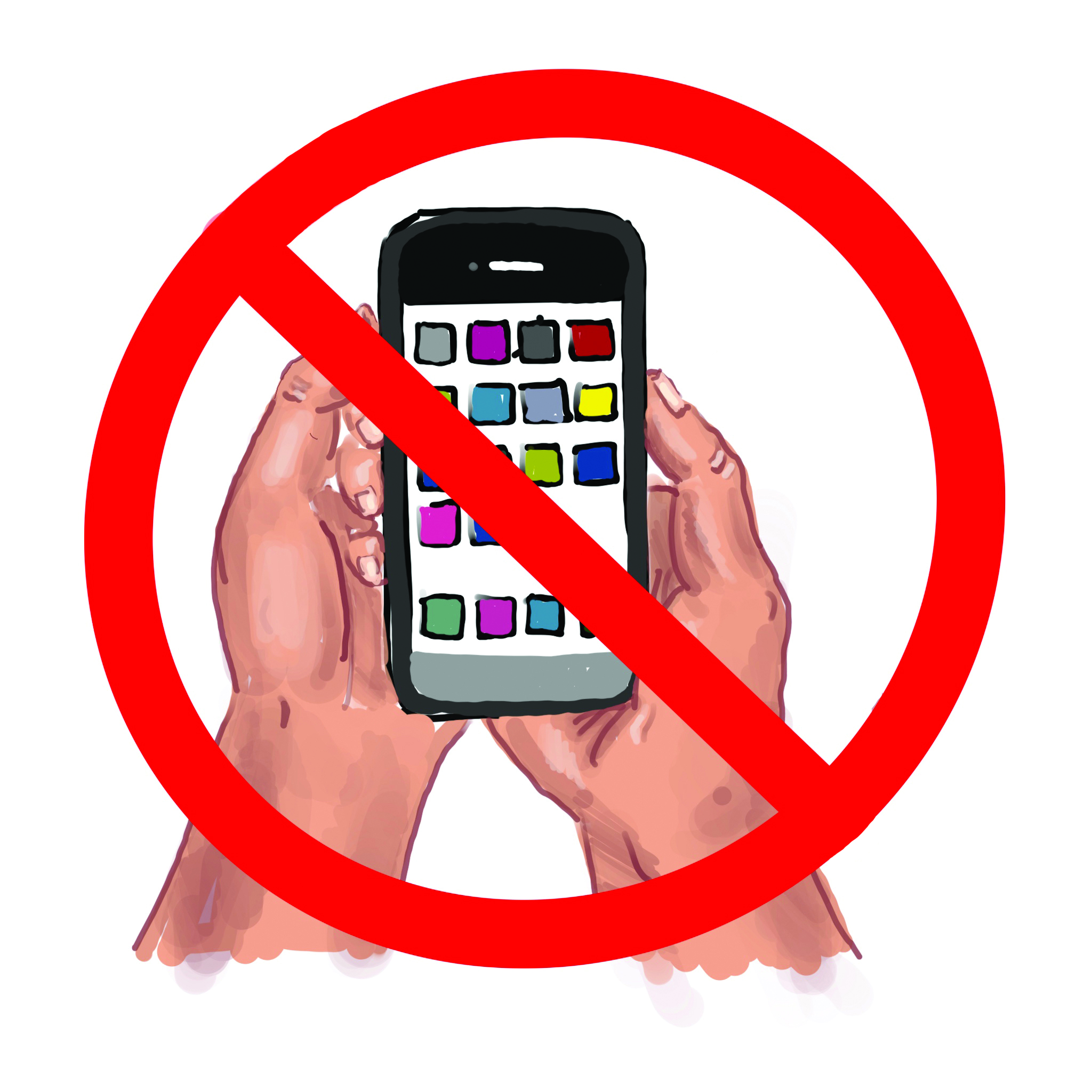 Hang up the phone, please

Marlborough recently announced a new regulatory policy regarding the phone use of middle school students. Recently, the students took an online course about the appropriate usage of phones. Seventh through ninth-grade students are not permitted to use their phones from 8 a.m. to 3 p.m. unless the middle school office provides an exemption, known as a “phone pass.” If a student gets caught on their phone, a faculty member will notify them and record the violation on My.Marlborough. If a student violates this policy three times, their phone will be kept in a special pouch, for a week, during school hours. This requires students to drop off their phones at 8 a.m. and retrieve them after 3 p.m. Before their phone suspension is lifted, students are required to retake the lesson on the appropriate usage of phones. There has been consistent opposition to this new policy from the student body; many disagree with Middle School Director Sean Fitts’s opinion that the approach will improve the Marlborough community.

A variation of the current phone policy was first introduced roughly six years ago because of cyberbullying complications and the belief that phones were a potential distraction for middle school students. The policy’s recent change was enacted to remove said distractions that were especially apparent during the transition back to in-person school this year. Since the return to in-person school, teachers have constantly reprimanded students in and out of class for using their phones in times exclusively set aside for schoolwork and community activities; there have been increasing worries that phones are taking away from students’ education.

“We have been overwhelmed during the pandemic, so phones have been prioritized,” Fitts said. “When it came to looking at where we are now and where we want to be for next fall, it seemed like we needed a new policy to be able to help bridge that time period.”

Fitts believes that the time spent on phones will be minimized with the new policy in place, allowing more time to be spent on school-related activities; this will encourage students to continue their involvement within the Marlborough community.

“Most likely, students will do the right thing and abide by the rules,” Fitts said. “I’ve seen very few iPhones out from this during the first week of the policy, so I’m optimistic.”

Aside from Fitts, the middle school student’s opinions were fairly uniform.

“I understand the core values of the phone policy and how it strives to eliminate distractions during the school day, but I feel like some aspects are overly restrictive,” one middle schooler said.

Students described the confining nature of the policy, further explaining the minimal amount of people likely to abide by the rule.

“Students will not follow this policy,” another student said, “the limitations will lead to a more secretive use of phones. It is teaching them to hide their phones while not actually lowering the time spent on them during the school day.”

Some students have also expressed concern about the potential inefficiency of the new mandate.

“It is unnecessarily complicated to pull out your laptop during a passing period to check the time or to contact your friends/parents by sending them a Google Calendar invite,” a student said.

Fitts acknowledged that phones have certain positive aspects and clarified that this policy is temporary.

“We’re going to re-evaluate the overall policy for next year by consulting experts and considering our school culture and the needs of the school,” Fitts said.

Published in Campus Life and News