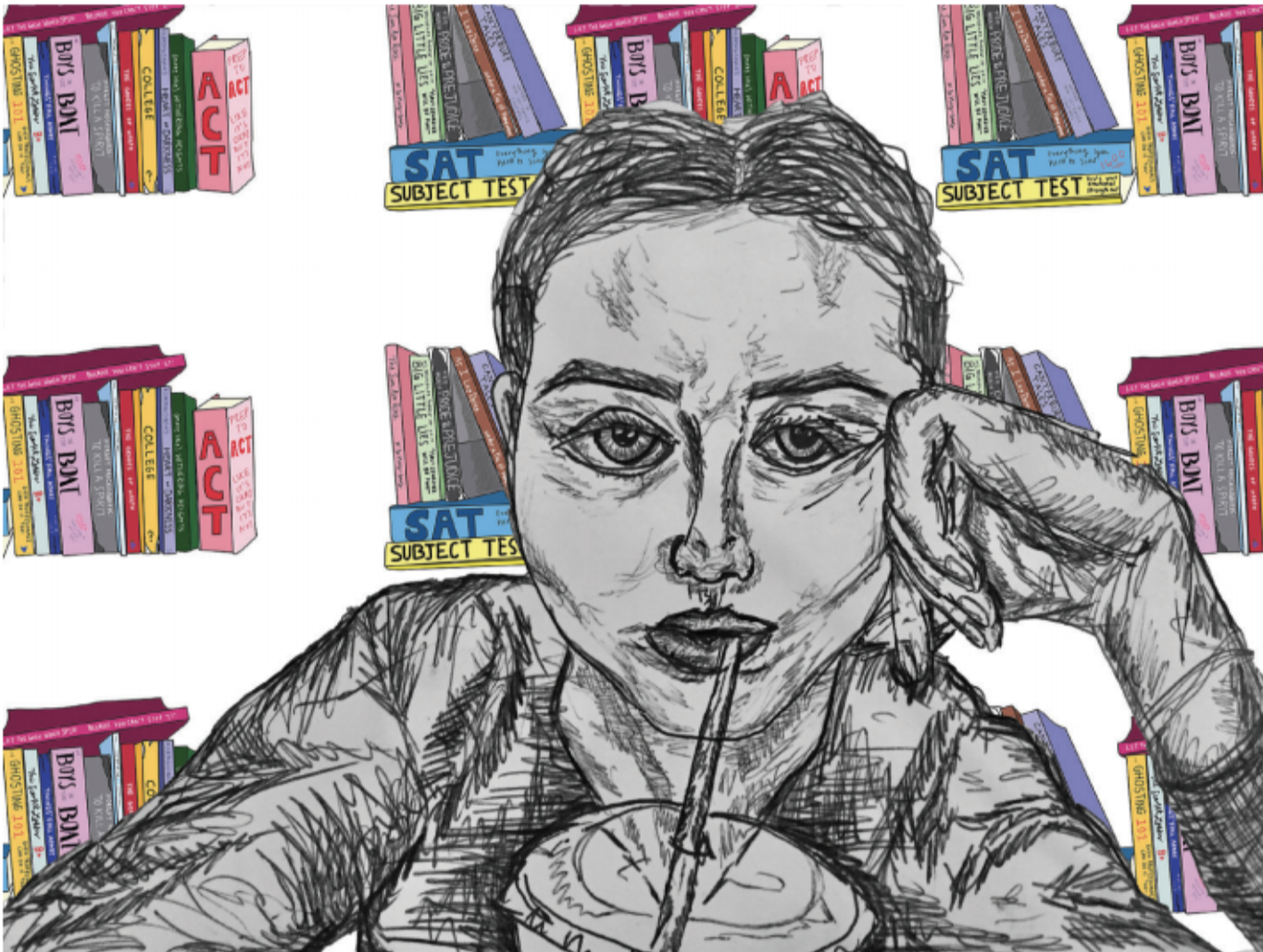 Constantly surrounded by peers, older students, teachers and parents discussing the treacherous college application process, most of Marlborough’s middle school students are painfully aware of the daunting journey that lies before them of finding and being accepted into a suitable college. Marlborough does a great job of helping high school students through the process, as well as keeping middle schoolers on track to do the same. However, having 7th and 8th grade students take annual PSAT 8/9 tests is not the right way to prepare them.

First of all, there is no reason to shake the students’ confidence before they’ve even reached their peak academic years. One’s aptitude for standardized tests may shift dramatically over 5 years of studying at Marlborough. The 7th graders are at an additional disadvantage, since they partake in the PSAT 8/9, despite not having reached 8th or 9th grade. Therefore, there is no reason to alarm a middle school student based on a score that may not be indicative of any future testing. Moreover, Marlborough students do not lack the opportunity to take “no-pressure” practice standardized tests once they are actually in high school. Sophomores take the PSAT, which is not sent to colleges and bears no weight on grades, and they take it again as juniors.

In addition, providing mandatory preparatory tests too early may unnecessarily evoke stress among middle school students. Middle school is an opportunity to get the most out of one’s education without the pressure of crafting a transcript for colleges. Allow seventh and eighth graders to enjoy the freedom to experiment before becoming  burdened by the prospect of university. This message should not be diluted by tests that imply these young students should already be worrying about college.

Lastly, we cannot ignore the initial purpose of standardized tests, which is to test students on an even playing field and report their percentile in comparison to others. The school preaches that we should avoid comparing ourselves whenever possible. Our teachers constantly remind us not to share grades, and with good reason. Having young students be labeled relative to their peers based on one test can be detrimental to one’s self-esteem. If we don’t want middle schoolers to grow up comparing themselves to their friends, then why should the school give them tests that do just that?

Middle schoolers will not be taking college tests for another three to four years, and therefore it is simply not the right time to impose preparatory standardized tests on such young students.

I firmly believe that middle schoolers benefit from the new requirement, which forces them to take standardized tests such as the PSAT 8/9 in addition to midterms.

To begin with, while there are persuasive arguments debunking the effectiveness of standardized testing, it is a fact of life. All middle schoolers taking the PSAT 8/9 this year will be taking the SAT or ACT soon. If they later choose to pursue careers in medicine, law, psychology, mechanics, engineering or even piloting, they will again be forced to confront a Scantron.

One of the most effective ways to prepare for high-stakes standardized tests is, unsurprisingly, taking practice tests in advance. Standardized tests are fundamentally different from tests Marlborough students take in most of their classes—they are worded differently, organized differently, cover different topics, and have stricter time restraints, and thus require a unique skillset.

In addition, because the PSAT 8/9 is intentionally a less advanced version of the SAT, it eases students into standardized testing while they are academically immature rather than shaking their confidence.

Some also argue that while preparation for the SAT or ACT is good, middle school is too early to start thinking about college. However, taking a no-stakes test once annually is far from a stress overload; rather, it is a way to slowly ramp up college preparation over a few years so students feel less overwhelmed later on.

Still others argue that this testing gives middle schoolers a tool to compare themselves to friends. In fact, Marlborough gives numerous assessments that function in this way already, and the PSAT 8/9 is just one small aspect of the larger program. Even if the administration wanted to lessen opportunities for comparison among students, eliminating the PSAT 8/9 should be one of the last options considered because this test offers unique benefits.

Additionally, the focus of the PSAT 8/9 is less on comparing middle schoolers to their friends and more on providing information for how students stack up nationally.

The information gathered could also prove valuable in noticing school-level trends in learning, such as identifying subjects that seem particularly weak. The data gathered will be more representative of students’ knowledge because middle schoolers do not study for the PSAT 8/9 like they do for regular tests.

Unfortunately, standardized testing is a part of life. We should prepare Marlborough middle school students for this so they can tackle it in upper school with more poise and confidence.

Published in On Point, Opinion and Print