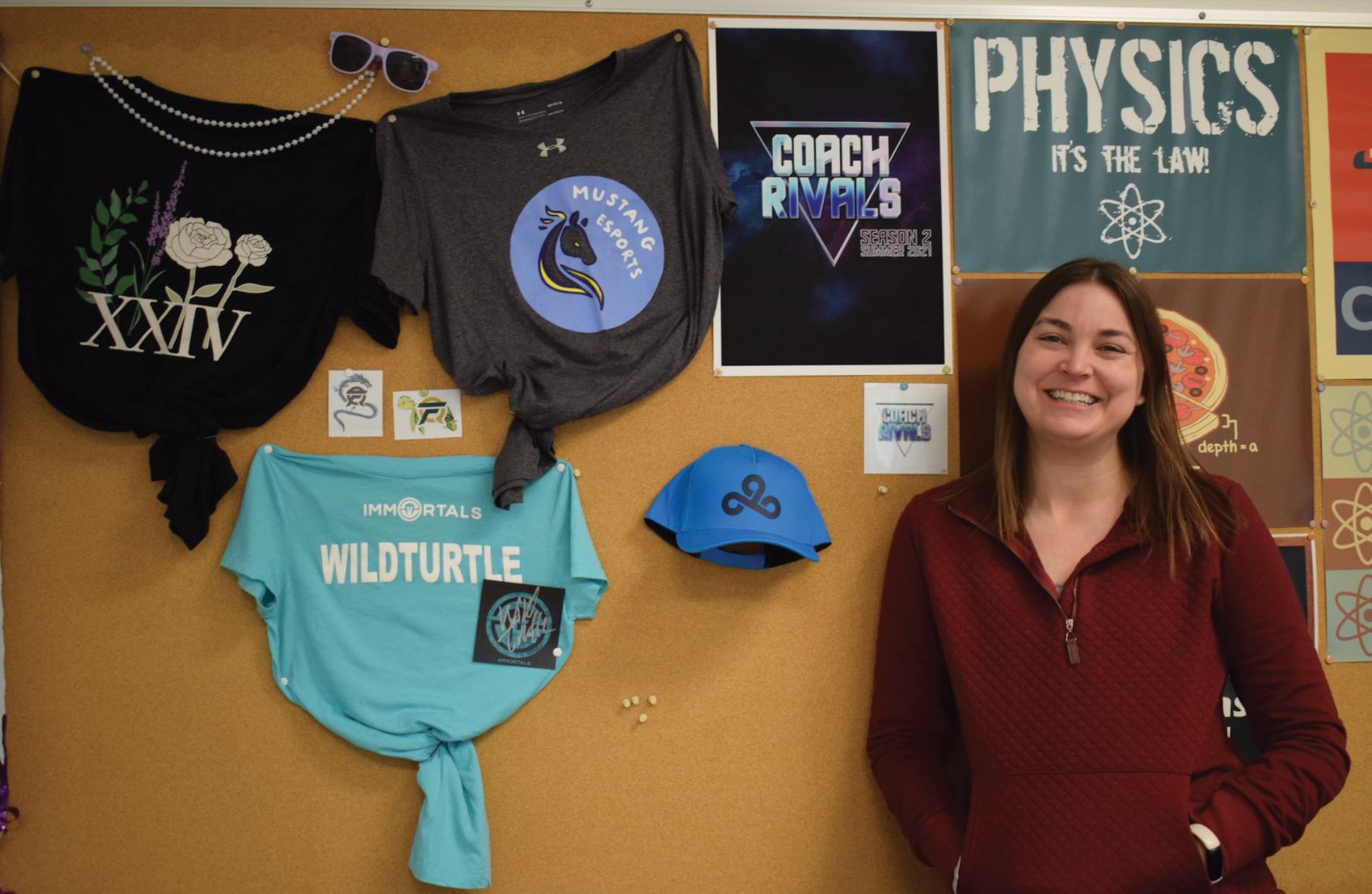 Mathematics instructor Erin Perez has always been dedicated to esports, however, she reached a new level of contribution to the sport this past June when she joined the PHNX Gaming Foundation, a nonprofit organization trying to raise money to ensure that schools have access to high-quality esports equipment and funding for esports programs. Perez is the current coach and founder of esports at Marlborough. Perez is also a member of a gaming association of esports teachers called the Coach Rivals; their group has about 300 members from areas ranging from Alaska to the United Kingdom, and through Coach Rivals, she found out about PHNX.

Perez was the perfect choice for PHNX because of how passionate she is about incorporating specific Marlborough values, such as equity leading education into the non-profits mission statement, and she also will fight for the changes she wants to make.

“There are a lot of things that could be going better in esports programs across the country.” Perez said. “I’m never shy about telling people how it could be better.”

Perez also represents demographics of the gaming community that are under-represented in her non-profit. Being from a private girls’ school on the west coast is different from a large number of the other teams PHNX works with or is trying to support.

So far, the organization has formed a lasting connection with Cloud 9, a program that helps teach kids the basics of gaming during the summers or the fall. Cloud 9 works with the PHNX Gaming Foundation by providing camp opportunities for children to learn about new games and gaming techniques. Additionally, a Cloud 9 coach has been working with the Marlborough team since the fall.

“Our students love him and he’s in the top 3% of players for the game we are playing,” Perez said. “The same coach that we had last semester is returning this semester, and he’s working with eight of my students.”

The team Perez helped found at Marlborough is a central part of why she decided to join the foundation, and she hopes to possibly create gaming fundraiser events for them in the future in a less lockdown-ed world.

The PHNX Foundation has also already given out six microgrants of 500 dollars within their first 9 months of creation. This money is enough for teams to pay for summer camp fees or buy jerseys. Money has also been directed towards coaches whose schools aren’t fortunate enough to pay for an esports instructor, which means these teachers are coming in, sometimes upwards of 15 hours a week, to run esports programs for free.

Perez has also helped secure microgrants. Her unique, west coast location is ideal for PHNX because it’s right near some of the main esports organizers like Play Versus. Since she joined, Perez has been tapped to meet with a west coast coach who gave her 500 dollars to help form a microgrant for an esports coach who might be underpaid or not paid at all.

“I didn’t know I had that kind of power,” Perez said. “It is my job now to talk to people on the west coast and ask for money. I never knew growing up that I’d have this skill set.”

Perez has her plate full with the new nonprofit, yet she hasn’t let her own personal passion for gaming falter. Perez got to participate in an adult Coach Rivals summer tournament this summer and, despite her team losing every single game, when asked if she would be returning this year she said “absolutely, it’s definitely the highlight of my summer.”

Published in Online, Print and Sports