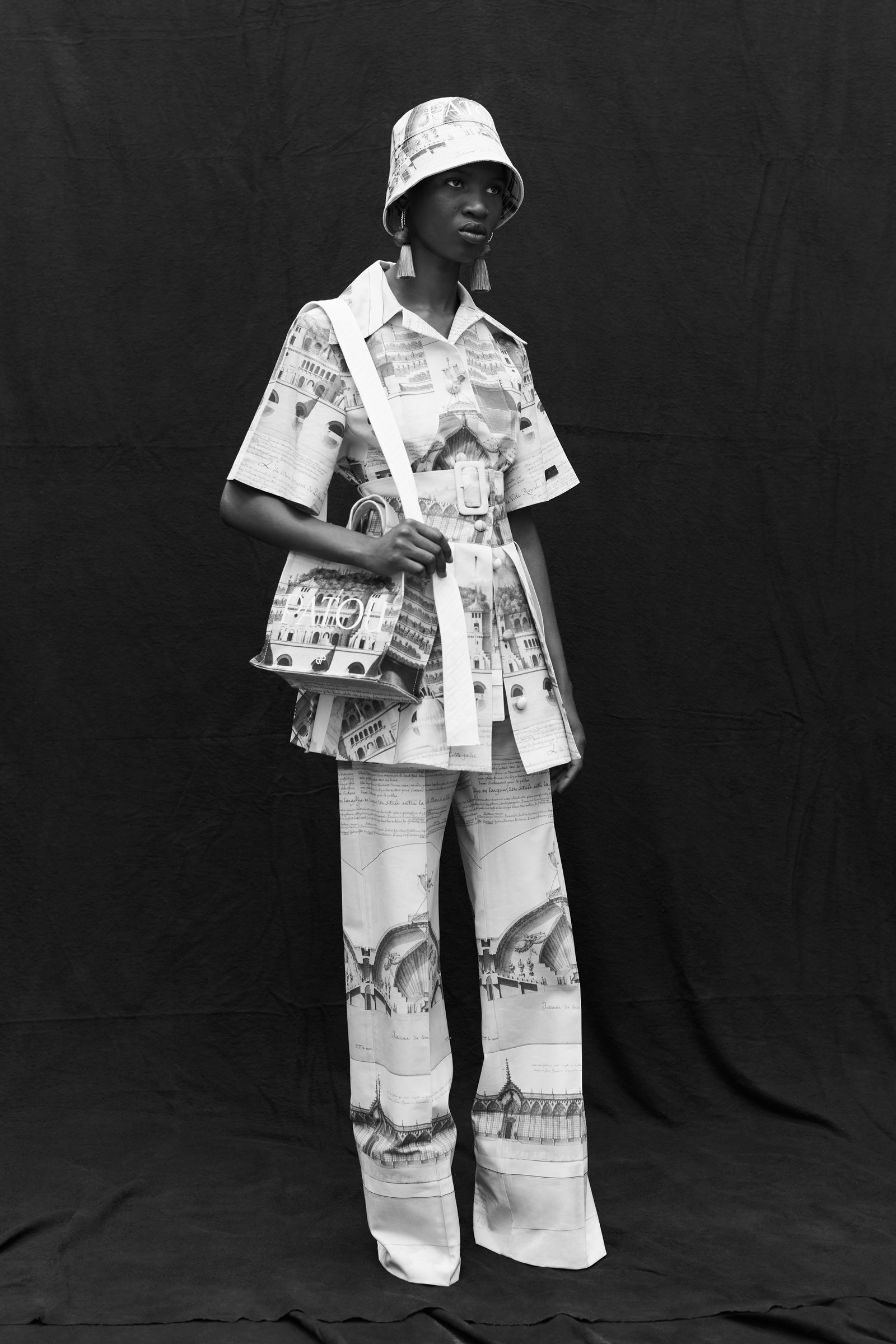 If I were a stylist for the Met Gala…

If you’re anything like me, you were counting down the days to the Met Gala. Sept. 13th, 2021; it finally happened. Sadly, after reloading the Vogue live updates page that Monday night, I was left feeling sorely disappointed.

The theme, America: A Lexicon in Fashion, wasn’t particularly obvious, but there was still so much more the many celebs who went to the event could’ve done. I found that my few favorite looks had clear references and beautiful construction. With those two ideas in mind, I decided to pretend I was a stylist for a day and put together three different looks for the event, pulling from the Vogue Runway catalogues to find inspiration and my ultimate outfits. 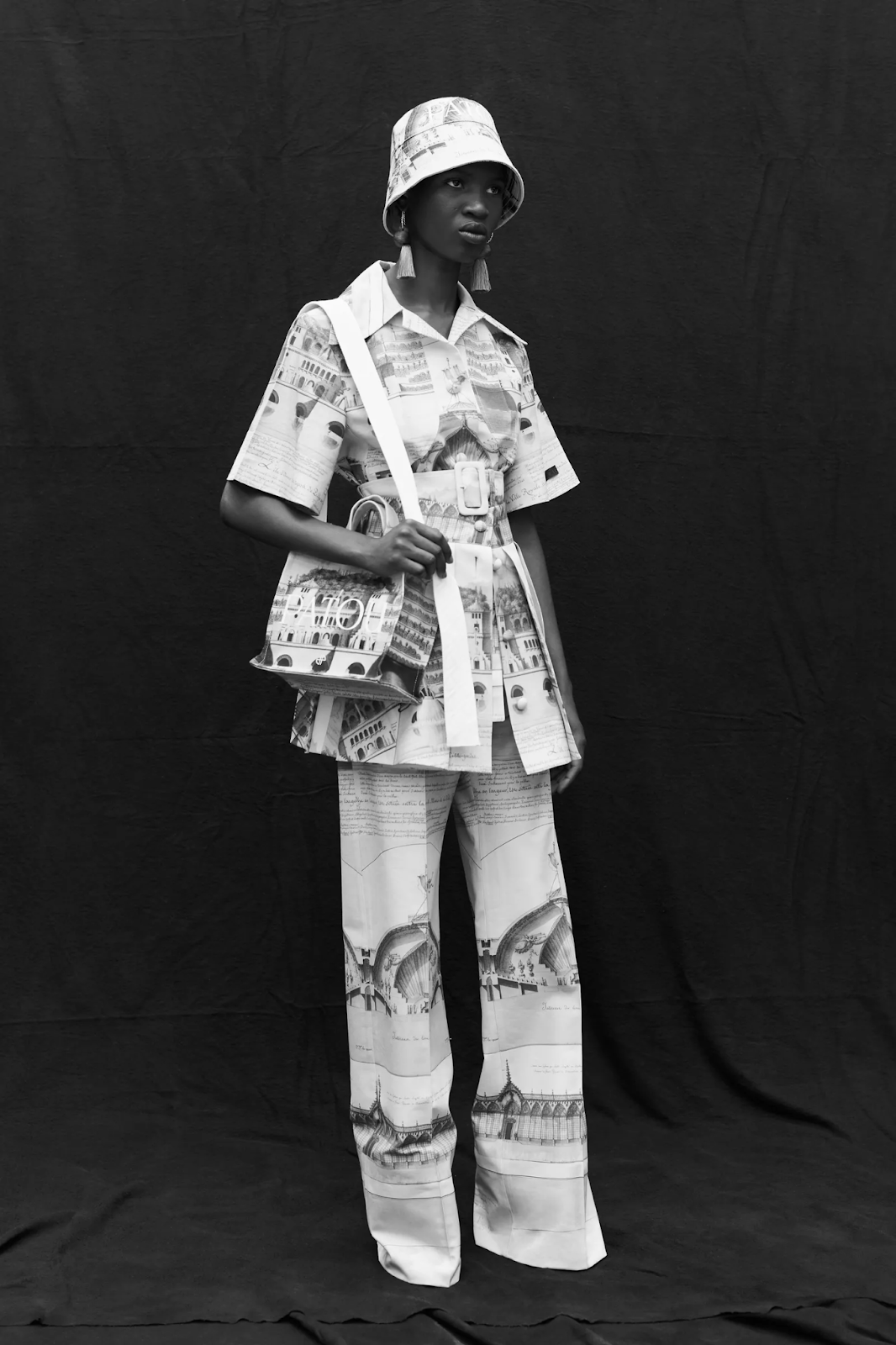 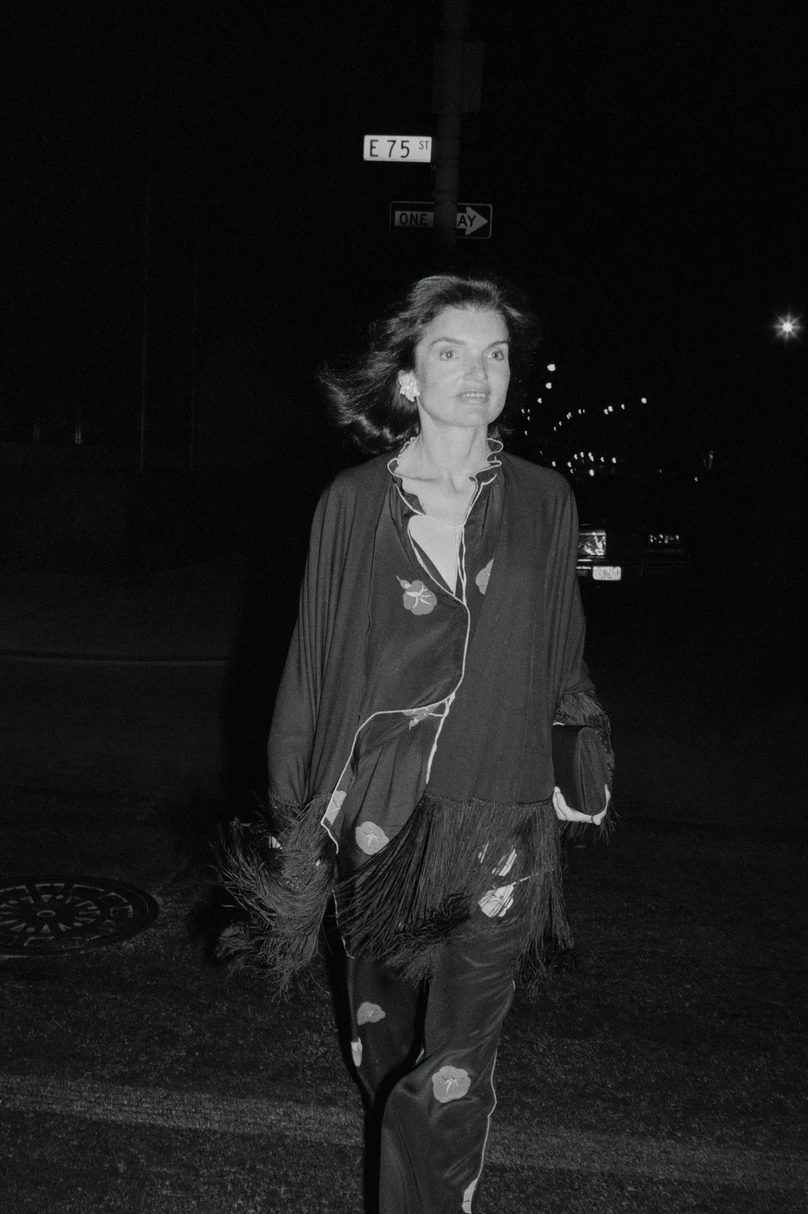 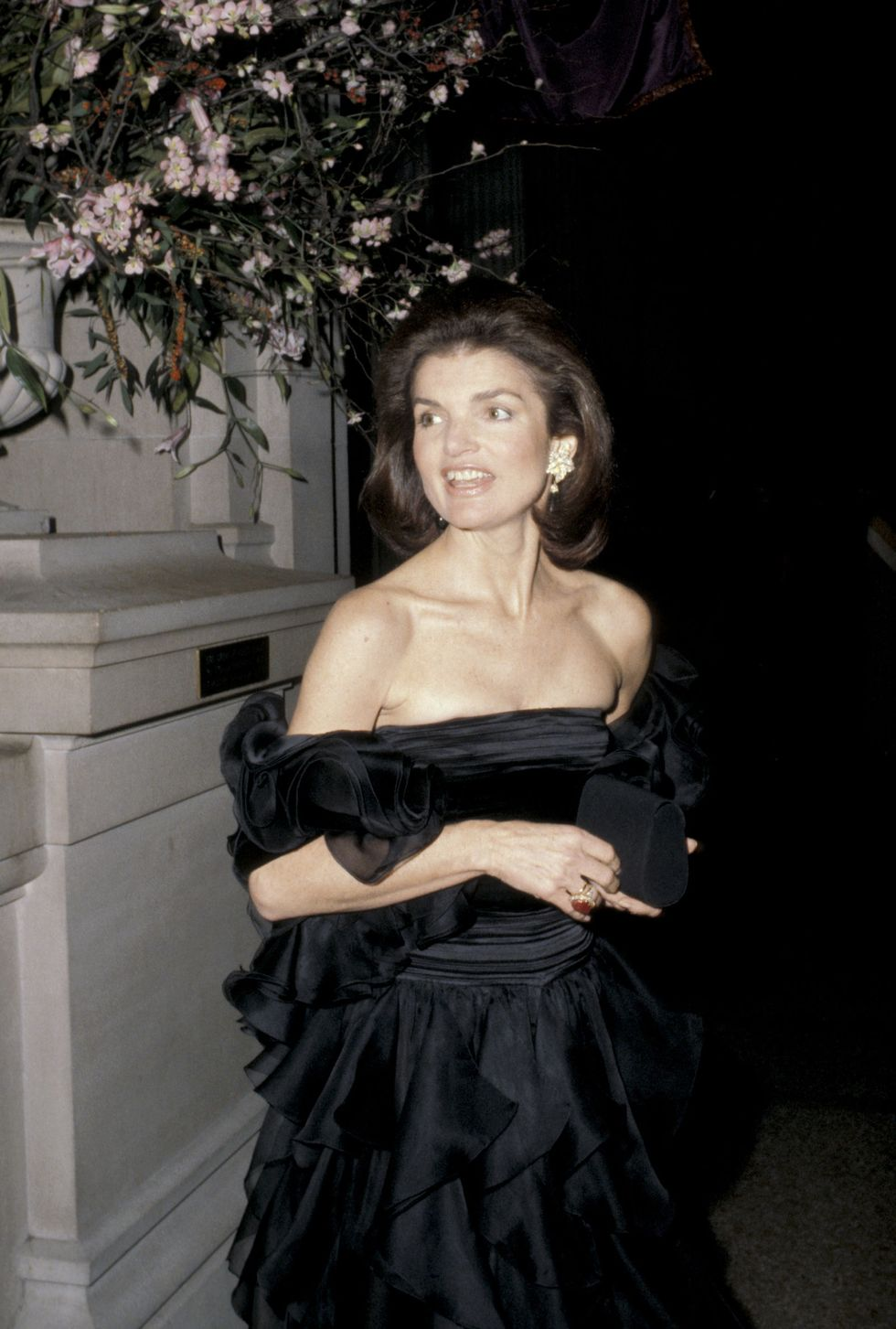 Jackie O., neé Kennedy, neé Bouvier was, and still is, a fashion legend. With her signature pillbox hats and A-line dresses, Jackie embodied 60s class while simultaneously changing how women dressed, and what was socially acceptable for women to wear, for generations to come. Jackie herself even attended the Met Gala in 1979 in a glamorous black gown (seen above), cementing her legacy as an icon in fashion.

To honor Jackie’s pioneering role in women’s fashion, and her effortless elegance, I chose to style my client in a patterned pants and structured, short sleeved coat combo with a hand sketched architectural motif covering the entirety of the look.

The matching set aspect of her look, inspired by her propensity for formal pajama-looking outfits, was also a reference to a specific look she wore (seen above) on the streets of New York, the very American city where the Met Gala is held. The hair would be styled to mirror Jackie’s own brown, bouncy bob with white gold waterfall drop earrings to match Jackie’s as well. 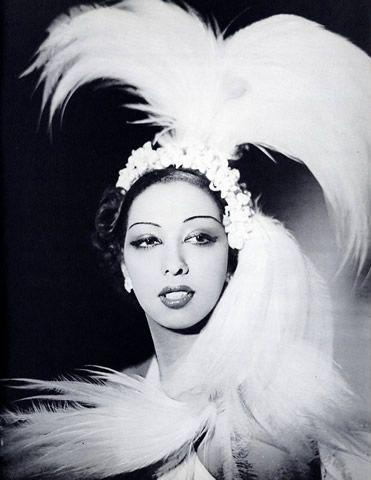 This Fall 1997 Chanel couture gown is everything and yet so simple at the same time. It’s honestly magical. While I’m a firm believer that knees should never be seen at the Met Gala (#banishminidressesfromthemet), even I can make an exception for this lightly feathered, corseted gown. The ‘20s references in this dress are subtle, like the feathered skirt and pearl detailing, but it still makes its point, without being too over the top.

Coco Chanel was also a prominent designer of the ‘20s so it wouldn’t be too much of a leap to think that Karl Lagerfeld, the late creative director of Chanel, was making an homage to the brand’s heralded founder. I would personally style this dress with a classic ‘20s pin curl and a white headpiece a lá Josephine Baker (another icon of the ‘20s) seen above. 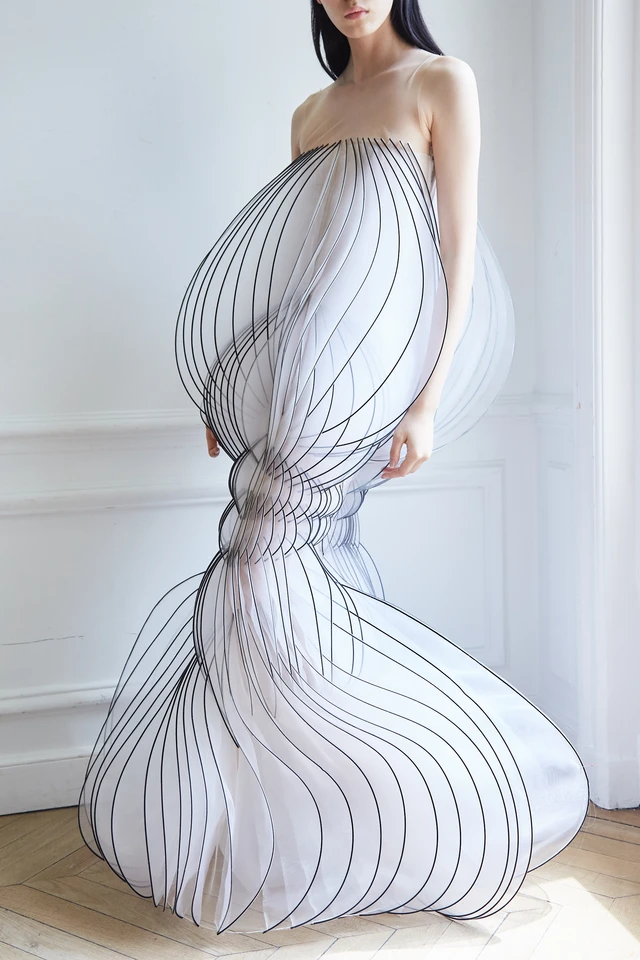 Okay so you might be thinking; the moon and America, where’s the connection?!? Great question! Simply put, I was trying to think of pure American achievement, quite difficult to be honest, and the only thing I could land on was the moon landing.

With the iconic “putting the flag in the moon” pics and Buzz Armstrong’s fabulous name, what could be cooler than being on another planet? To honor that momentous occasion, I decided to turn to the designer who embodies the wonders of space in all of her designs, Iris Van Herpen!

While I feel the dress doesn’t require much explanation, I should give some anyway. This, like much of Herpen’s work, features beautiful construction, specifically the intentional layering of panels of fabric to make a 3D work of art. I love the detail in this piece, and I think it would stand out in pictures beautifully.

I’m not here to pass judgment on the stylistic choices of any of the designers and celebrities who attended the Met Gala. I can’t say with any confidence that my looks are even realistic; I don’t have a budget limit on my looks nor do I actually have to put in any effort to create them. All I can really say is that if you were also disappointed in the looks this year, this is a safe space to commiserate and hope for a better Met Gala next year!

Published in Arts and Culture and Blogs